The Colorado Pass is situated inside the ocean-stream and can only be dived in virtually absent current conditions.

Colorado Pass is situated on the north eastern side of Fish Rock in the massive rock gutters between the main rock and the Exposed Pinnacle. The dive site lies in the path of the ocean current that usually runs from north to south. As such this is a special dive site that can only be dived when the current is not too strong! Sometimes dived as drift dive often starting at the submerged Pinnacle and ending on the mooring in the Shark Gutters this can also, when there is little or no current, be dived as a deeper multilevel dive site either using the wall of Fish Rock or the Pinnacle to finish the dive.

This side of Fish Rock is dominated by huge gutters and canyons through which you can cruise marvelling at the topography and the aquatic wonders around you. Look out for the giant boulders home to schools of fish huge stingrays, loggerhead and green turtles and countless macro critters. As you move south there is a large rock separating two gutters - if possible check out both sides of this rock as the Grey Nurse Sharks are often in one or the other gutter.

The sponges growing here are some of the most lush at Fish Rock and the largest cowries at Fish Rock are also found here. Common sights are very large Jew fish and King Fish which can provide a great hunting spectacle as they come in to feed. At times large schools of nice Moorish Idols will sweep through - so do look up and around and keep an eye out for the shy Black Cod and Queensland Groper that will come in to check you out! Also a popular place for basking giant sized Wobbegong sharks who sometimes create a stir when they swim - these are a particularly beautiful creature as move at speed effortlessly gliding over the rock bottom. 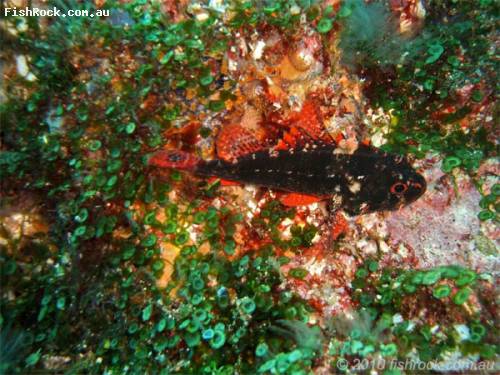